Conflict is a state of mind characterized by indecision, uncertainty, dilemma, tension and anxiety. An individual experiences conflict when he is expected to behave in two or more incompatible ways at the same time. Conflicts also occur when an individuals goal oriented behaviour is hindered. Conflicts that occur between two or more individuals and two or more groups such as trade union and management are terms as inter individual conflict and as inter group conflict respectively. This article mainly focused on managing conflicts in organizations effectively and the methodology to be adopted for the same.

It has been recognized that there are four basic causes for organizational conflict as follows:

Conflicts in organizations could cause constructive, destructive or mixed consequences depending on the methodology of how they are managed. Manager’s skill in conflict management plays a vital role in determining which would be the consequences.

Conflicts can be energizing. It causes people to be alert and to drive themselves by seeking new achievements. Conflicts occasionally act as a safety valve for larger issues which are too dangerous to confront. In this way, resolution of small conflicts prevent large conflicts from occurring by allowing parties concerned to the conflict to blow off their anxiety. Conflicts often cause a scenario that would be useful to diagnose a bigger potential conflict that could happen in the future. Conflict in an organization definitely signals that there is some thing wrong in the existing systems. By being alert to the alarming potential of the conflict, managers may uncover organizational problems in advance.

Conflict is potentially an encouragement for the creation of innovative solutions for an organization’s problems. Conflict may force management to look at old problems from completely new perspective, which integrates various organizational interests.

Conflicts can also upset priority of issues and alternative solutions to the organization problems. It can provoke aggressive and competitive feelings among groups of employees in an organization and increase the likelihood of destructive rather than constructive solutions depending on how efficiently conflicts are handled.

Conflicts in organizations is inevitable. It cannot be removed simply by formulating rules or management memoranda. Its effects does not disappear just because management refuses to discuss the issue pertaining to the conflict. So that conflicts in any organization should be managed systematically. Conflict management requires an approach which is aimed at enhancing the benefit of  conflicts. Conflicts should be managed using the following three strategies:

The approach of conflict resolution can take several forms:

One of the techniques that assists in the analysis and understanding of conflicts is the “Force-Field” analysis introduced by Kurt Lewin. According to his theory the conflict is due to a number of forces operating at a given time on an individual or on a given situation.

In addition a manager should possess the following skills as well:

How to manage conflicts effectively

People in conflicts have different interest and prefer different alternative. The strategy adopted to resolve conflict will be based on the following:

Structural approach requires that an outsider gets involved in the problem solving process who structure the meeting based on the most pressing demands presented by the conflicting parties.

Tactical approach is based on co-operation between parties where it is perceived that win-win situation is possible and both parties talk face to face so as to reduce the suspicion that exists between the parties. 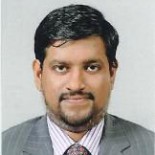 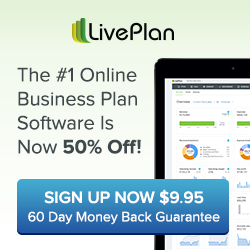 How to speed up your business plan